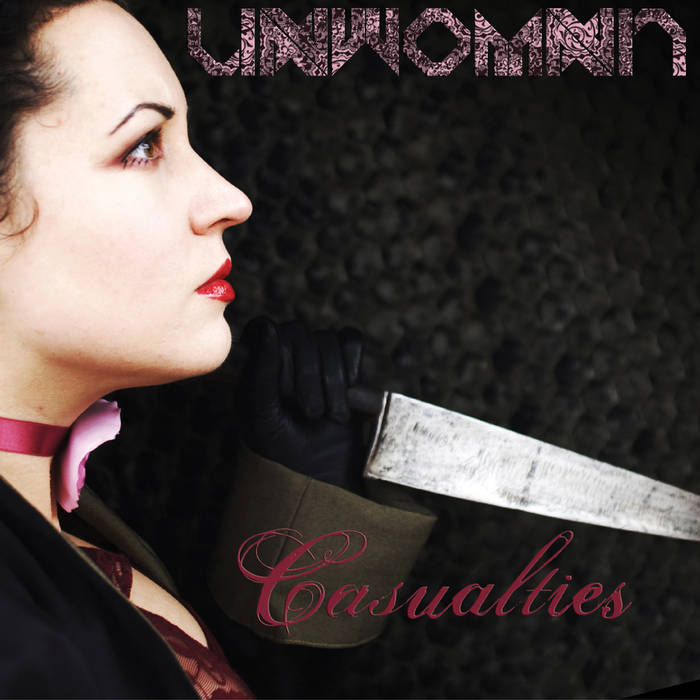 Adiansyah Emiral wht do they call it? oh yeah! Eargasm! your music's genre is not just not mainstream, it also beautifully written and sung! it could brings us to 17th-19th century music and art! well done ma'am! and great price too for people who live in developing country like me :) Favorite track: Cruelty.

Vanish The USB drive is fucking amazing, it is. And not just for the music. Favorite track: Haunted.

Clare K. R. Miller I'm pretty obsessed with Unwoman overall, but this is absolutely my favorite album of hers. I love every single song on this album. Beautiful and eerie cello playing, amazing singing, and fascinating lyrics. Favorite track: Casualties.

Doctor Popular (www.docpop.org) recorded the music box samples, inspired the song “Haunted,” and offered exactly the support I needed most.
Huge thanks to Raymond Wolfe, Harley Gorrell, Joe Pate, Steven Miranda, Morgan Tucker (Crashfaster), Kat Mulkey, Dan Garcia, and all the other Kickstarter backers for their generous funding assistance. Laura Perlin, Kat Mulkey, and Thea Lawson provided me with essential feedback on the album and the song order.